39 replies to this topic

Again, the body is carved from Renshape and all other parts are made from found materials but it is 100% hand made.

In researching the car I quickly learned that it went through many changes from race to race over its 2 year life span and I couldn't find any "official" plans of any version.   In the end I drew my own plans and just arbitrarily chose which features I'd include or leave out ... at my age you can do that!   There were different exhaust lengths, a multitude of different holes appeared over the body, different shapes of scoops and even that iconic "nostril" wasn't on the earliest cars.   Those early cars had inboard brake drums too which lasted until they went on a weight saving campaign and moved them to the wheels.   So the bottom line is that my car is a smorgasborg of shapes and parts all of which did appear on the car but just maybe not at the same time! So, if you're really anal about how the car should look feel free to drop a comment but I'm not going to change it!   LOL. 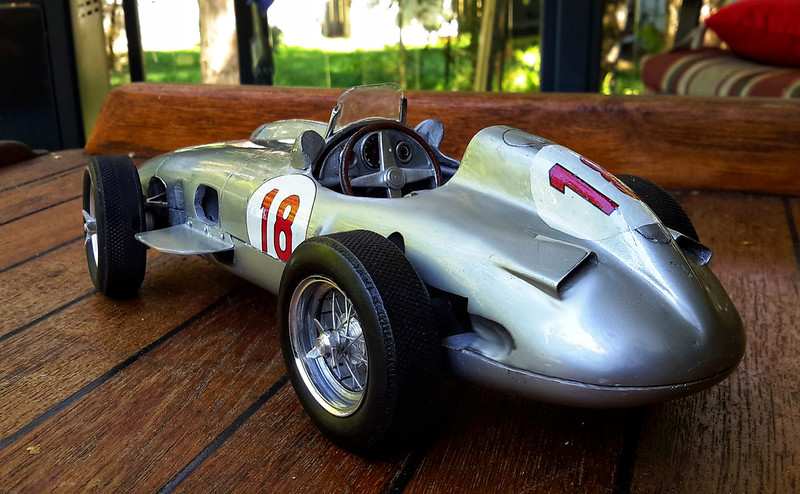 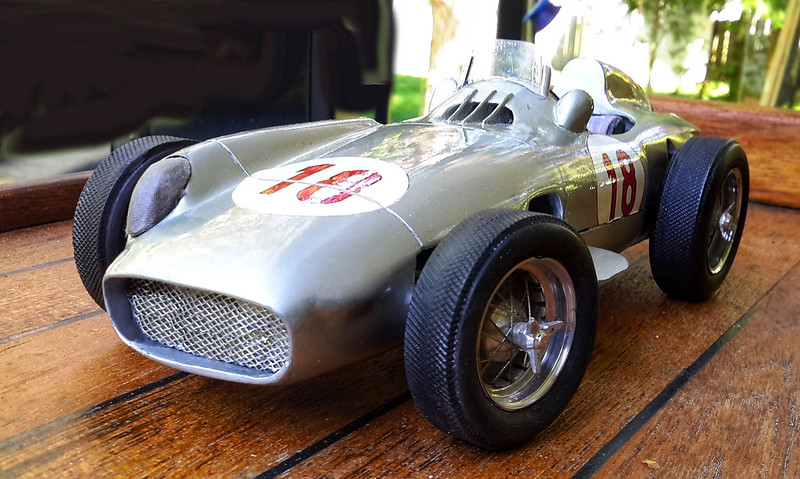 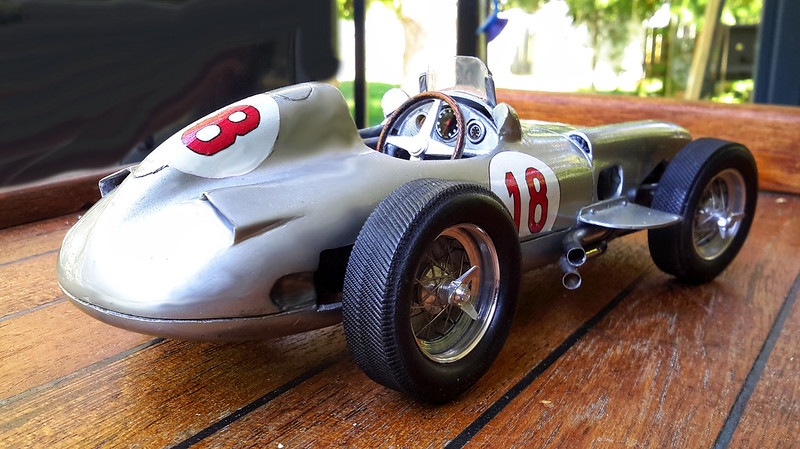 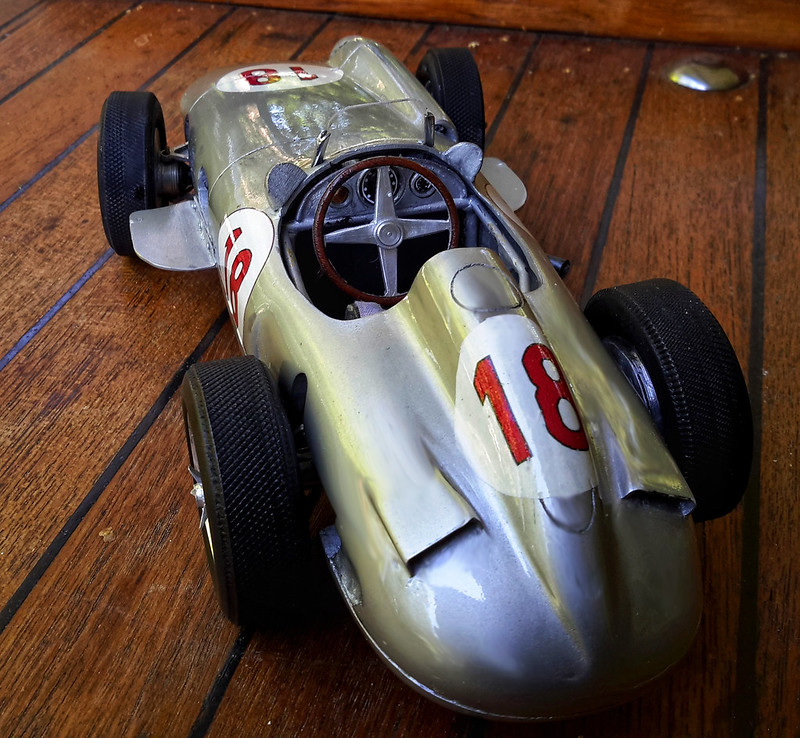 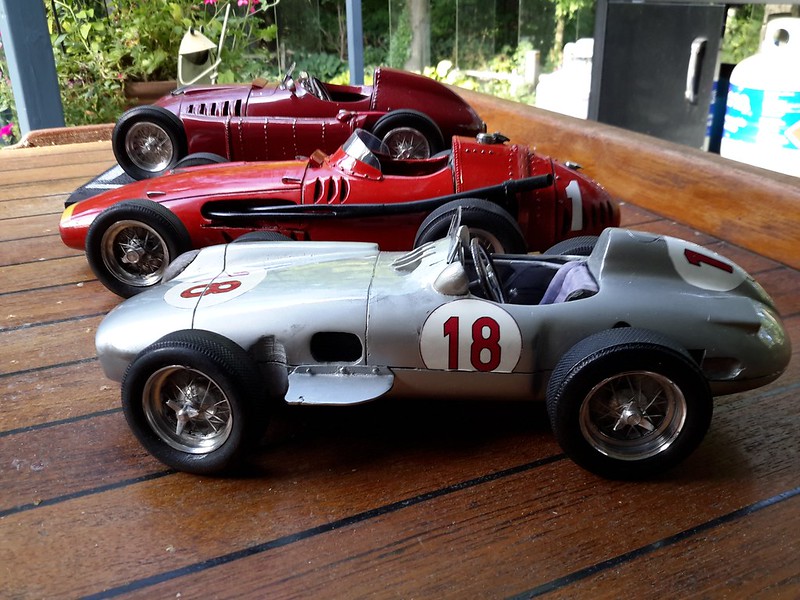 Hats off to you Sir!

Artisan
From Wikipedia, the free encyclopedia
An artisan (from French: artisan, Italian: artigiano) is a skilled craft worker who makes or creates material objects partly or entirely by hand.

albergman...  You are certainly all of the above and more.  Thank you for your dedication, effort and skill.

Truly awesome. Thanks for making and sharing those beautiful cars.

Indeed, wish I could do that!

That's really some well made cars, mate! You could honestly make a living out of this

Well done!  Respect for your passion and craftsmanship!

they make you dream... Awesome work ! And what a passion !

Frank, those are some exquisitely beautiful scale models.  The Mercedes W196 is out of this world !!!
Super work and attention to detail.

Thank you for sharing with us.

Brilliant!! Thanks for sharing!

That's a really nice model. I particularly like the shots from behind. I always was a sucker for a nice, sexy, curvy arse!

I can only agree Saiph. Especially with the third sentence.

Its the front end bumps that do it for me Saiph 😂😂🤭🤭

Back to 3D modeling