the information I have for now is sort of limited, Trove and other places say they are updating and digitizing material, so there is material available but in person for now

but I do know somebody who is writing a book about it, will contact him to see if he got something new and some other who has done some other book or was in the process
thanks for your answer. Will see if I can find aerial maps from australian geographic institutes 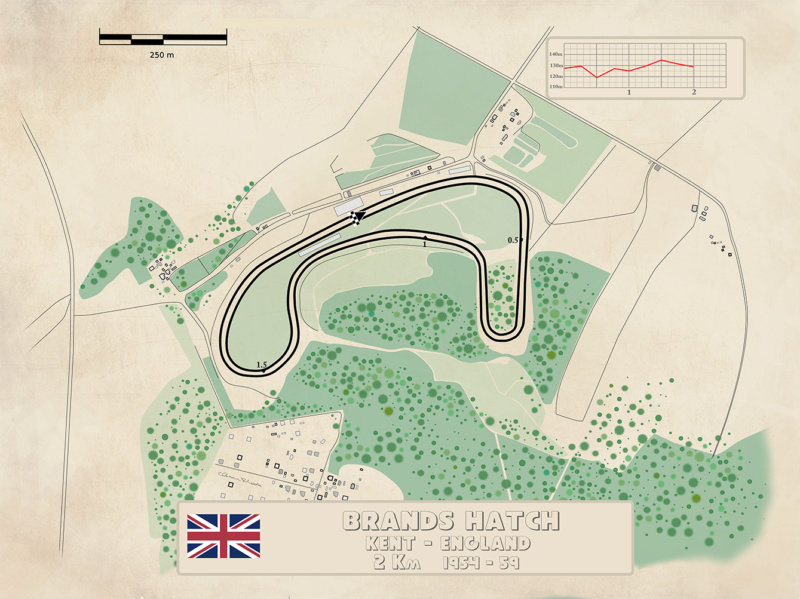 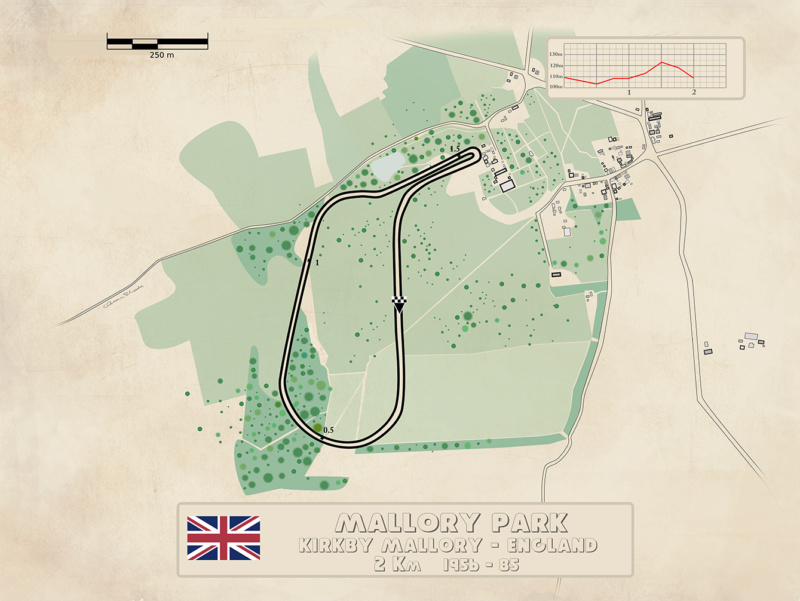 Too bad that the Mallory track we have does not work online (many CTDs).

Thank you for your fine maps.

Mallory Park is one of my local tracks (along with Donington Park).  Your map looks very weird (to me) without the lakes in the middle of the track.  From what I understand they were created by 1962, when the track changed ownership.  I guess you have gone for more of a 1950's look. 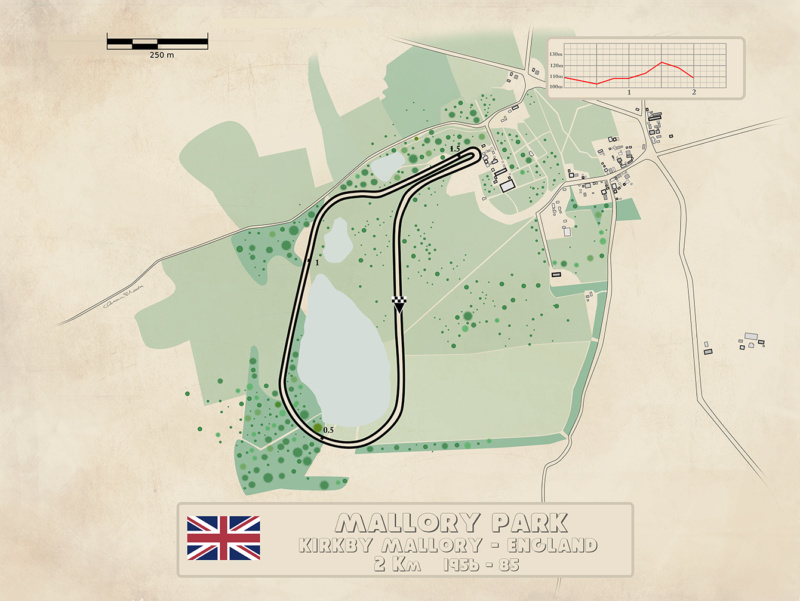 I know some are gonna be asking about the lakes in the inside,

I got some  email that says that the lakes were formed in 1959, probably early 1960 in a more permanent form, by adding a dam in the south part of the circuit and from there control the level of water

before then there was a Hydraulic pump that was part of the effort to keep the inside usable, first by horses and then as a landing ground, but the area was prone to collect water at different times of the year, probably the battle to keep it usable went as far as the money was available and made sense

Oscar, That was quick.  I never doubted for one moment, that you had done more research than I have ever done.

Oscar, That was quick.  I never doubted for one moment, that you had done more research than I have ever done.

most of my questions were answered by members of the nostalgia forum at the autosport, lots of their members constantly send me emails with information, programs, scans, that help resolve a lot of little issues, but there is always the potential to make mistakes and I do make them, is through those mistakes that we learn and make progress

I knew the lakes will be an issue, that is why the other map was ready to get posted, as I understanded from the beginning, the lake was not there at the beginning but it was an ongoing battle that started back in the 30s, when the inside was used for multiple things, by the 40s there were gardens, a landing section and even some construction, but most of the area had some trees and used for horses, gardens with a creek going through that at some points of the year had a propensity to claim some areas, the pump was used to fight that in 1949 or so, and various efforts of different levels to solve the issue, drain and fill, level and make it permanently usable, but it was costly, so by 1959 was decided to install the dam and let the water claim the area and then work around it or with what was left usable, by 1961 there were plans for maybe start using the forming lake, apparently was only one at the beginning but there was a tendency to get another one , smaller to develop, so boat activities were planned and they started by late 61 or early 62, the bigger lake kind of took its final shape by 1966 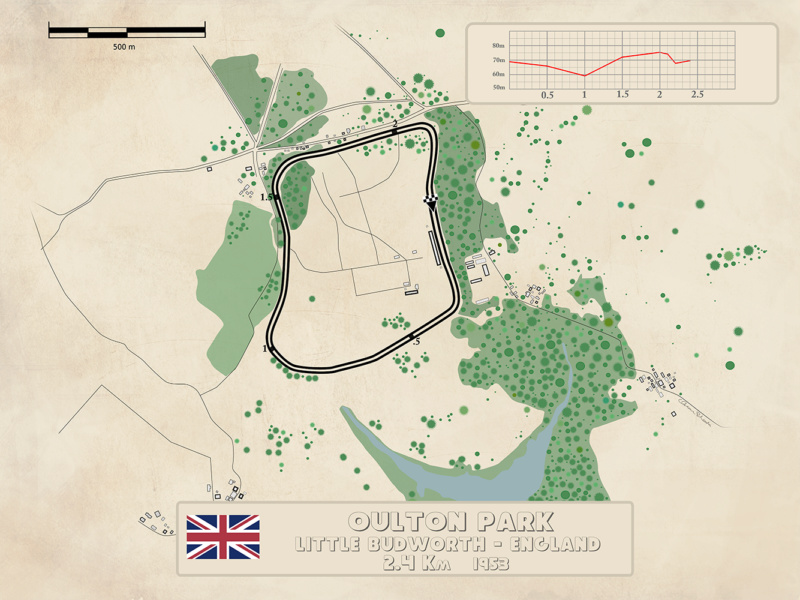 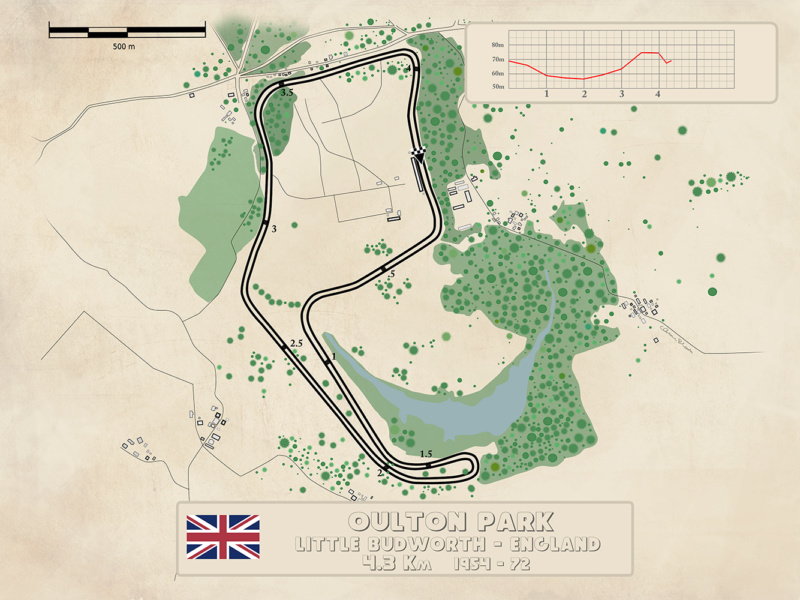