8 replies to this topic

does anybody have good pictures of the car in question (the bi-turbo CanAm 1970 version) please? Specifically, pictures of the suspensions, engine and cockpit in particular? News about bibliography and monographies about the car would be welcome too. Thanks!

This is all I have, specs are easy to find though there is some disagreement on details among sites 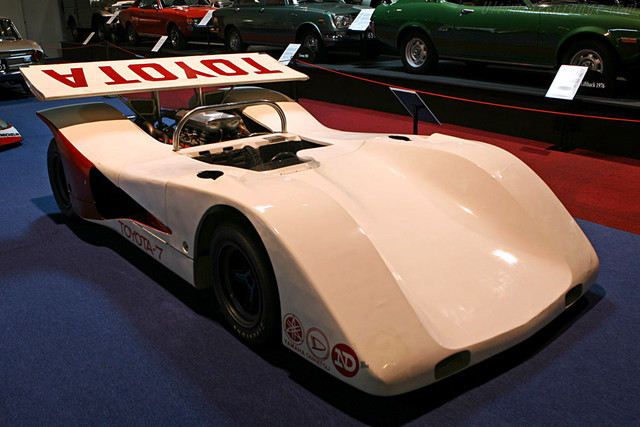 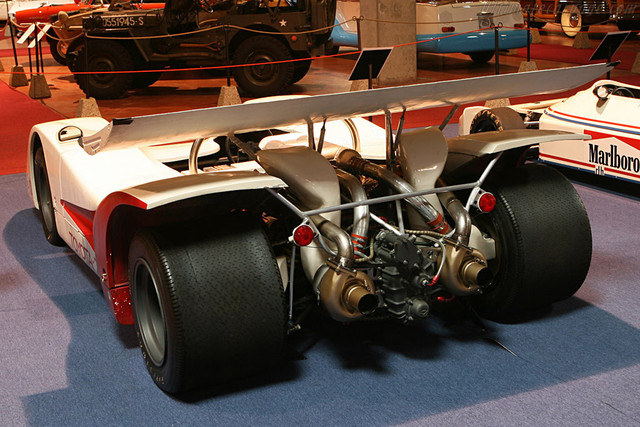 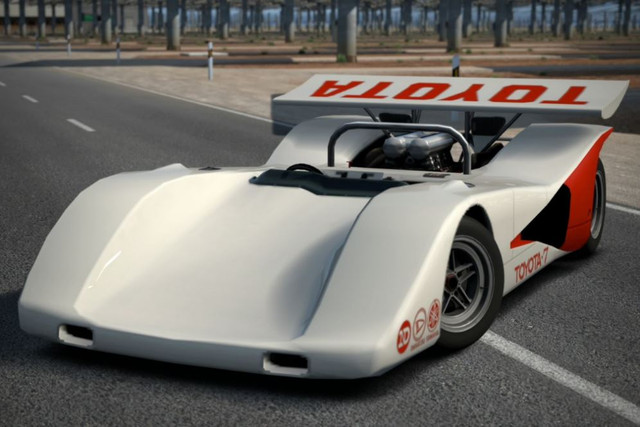 Haha that is a render

I trust 69 is okay also? Or in what way are they different?
http://www.theroarin...e-Japan-Group-7

Period photos are hard to find, you might try contacting Toyota racing directly, though be prepared to wait for a response, if indeed you get one.  The cars were not near as competitive as hoped and quickly disappeared (300hp when the competition has 400+ is frustrating);  I've found reference to three existing '70 models - the one above in a museum in, I believe, the Netherlands (this may be the same car seen at Goodwood on occasion), and two on display at Toyota in Japan (there are a couple of short videos of the engines being run up on these on youtube, one has a brief glimpse of the driver's door open.

Here is the wiki page with all references https://en.wikipedia.org/wiki/Toyota_7

Thanks guys. If you find some more period pictures, please let me know

Or if any of you happen to be around one, please snap some detailed pictures of the car!

Back to Motorsport Chat